When you don’t have your high home board points made (like 4 or 5 points) don’t attack the last checker if you have an option of making your high points and also stealing the initiative. In this position only 5-5 will enable White run its last checker but even then there will be one blot left.

Before slotting the end of a five prime when my opponent is at the other end of it, answer these questions: If I slot and cover, will I achieve something big? If I slot and get hit, will it make a difference compared to my opponent jumping over without hitting (i.e., would I loose anyway if my opponent jumps)? If your answers to these questions are “yes” then slot without hesitation! As we see an example here, White should cover with 8/2 and slot the bar point with 9/7. If Black rolls a six, it will be a killer anyway. But if Black cannot roll a six and White covers, things might chance a lot.

When faced with contradicting attack or block plans, ask yourself if you have much work yo free your back checkers. If so, for example you have 3 or 4 checkers back, go for priming option to block you opponent. Similarly, even if you don’t have much work back but if an attacking move might cause problems, then stay away from attacking or offensive moves. Like we see here, it looks tempting to put the second checker on the bar with 8/2* but if your opponent hits back with a two, your second checker will be sent behind a four prime.

Tip 25 – Four prime is more than you think

Four prime is more than you think but five prime is even more. Here jumping over the prime costs you 10% more gammons (10% to 20%). But as a reward you will get 10% more single game wins (30% to 40%). At normal match scores and unlimited games this is a very good deal because down to 5% increase in single game wins is acceptable.

As a result, it is a good habit to trust five primes. When it is the opponent’s turn s/he will remain behind the prime 25 times out of 36.

All positions of Test 4 emphasize playing small doublets . Keeping that in mind let’s see the answers one by one:

Bob Koca is leading in the race and prime. With this dice he can cover his blot and therefore make his prime stronger. By improving his stronger features he can now start solving weaker aspects (coming out of 21 anchor) of his position and send a cube easier.

In this highly race-natured game, Ed O’Laughlin can use this small non-racing doublet to make his 5-point and also block high doublets of his opponent. While doing this he should also discourage his opponent running with one checker.

Before the storm windows should be secured. atilam can use this small doublet by securing an anchor in his opponent’s board and then use the rest to make his 4-point. Ten checkers in the attack zone can be dangerous if no preventive measures are taken. An attack also means leaving the initiative to your opponent.

To hone in on our advantages and make life harder for our opponent. That is the idea 🙂 3-3 will run Bob Koca 12 pips and it will give him a substantial lead by 8 pips in the race. If he can also increase his blocking power with this move, it will be delicious and even a cube can show up soon. It will probably be a pass because the opponent’s life will get worse most of the time.

HintYes! Just before the end of the game you hit your opponent’s blot when s/he was bearing in or bearing off. Last chance last bird 🙂 Now you are going to play a containment game. There are a lot of important concepts during containment games but start with taking care of your opponent’s best numbers including big doubles. Here the best number for your opponent is 64 and the move that kills this number is 17/13. Remaining 5 is forced to play 15/10. By the way don’t forget to take care of your big doubles too.

Tip 23 – Hit if race advantage is not obvious

During the end of the game with a very thin contact before the game dissolves into a pure race, don’t pay too much attention to “race when you are ahead” rule if you don’t have an overwhelming advantage in the race and don’t get shy with loose hits. Be more willing to hit when the blot is closer to its home board. If your opponent holds the cube be more aggressive in hitting; if you hold it keep your excitement to hit a little lower. Be courageous even if your opponent’s home board looks strong.

A typical scenario will make it clear if you do simple math. For example assume your opponent will have 31% return shots after your hit; and if not hit back you will have 90% winning cubeless (you don’t have it) and 100% cubeful winning chances. Is it better to keep rolling and giving your opponent 40% winning chances during the ongoing parlay or giving 31% immediately by seemingly paying a bigger chance because it is all determined in one roll. Let math beat our psychological bias and hit. 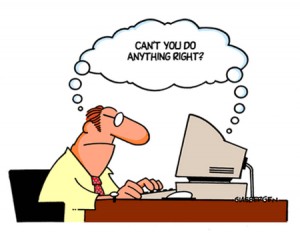 This is a position that  trying to prevent a backgame is important especially at DMP where backgames are useful. There is another consideration though. In a real match we usually assume that both parties will play an optimal game after making the banana split. However in reality this is hard to achieve. Therefore I think first two moves are valid in the games where both parties are human.

Tip 22- Want to make a point fast then slot first

Quickest way to make a point is to slot it first. The most important factor in slotting is your situation in the race. If you are significantly behind, do not hesitate slotting to be able to make critical points. If you are hit, you will still be trailing in the race with some more pips; however if you can make the point, the game can be yours.